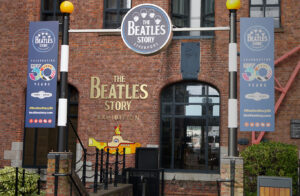 All photos courtesy of The Beatles Story.

I’ve seen my share of the world’s greatest singers –– live and in concert –– including Frank Sinatra and Elvis Presley. As a native San Franciscan, I was also most fortunate to attend multiple concerts with the most popular California and British rock ‘n rollers, including Janis Joplin; The Jefferson Airplane; The Beach Boys; Santana; Crosby, Stills, Nash & Young; The Doors; The Rolling Stones; and many more. 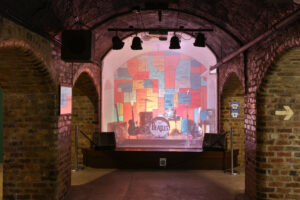 While I never saw The Beatles live, I do have vivid memories of watching The Ed Sullivan Show in February 1964 with my family. I even had a connection to a comedian who appeared on the show that night and have seen Paul McCartney with Wings and his various bands about six times over the decades.

The Fab Four became –– and still are –– my favorite rock band. That’s why it was so gratifying to visit “The Beatles Story” at Royal Albert Dock in Liverpool a few days ago.

This award-winning museum brings to life the story of the band that made music history. It houses the world’s largest permanent exhibition purely devoted to the lives and times of The Beatles. 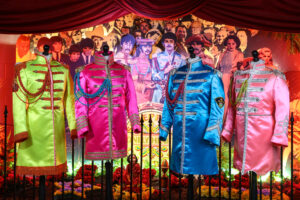 Even if you knew that John, Paul, George, and Ringo were all raised in Liverpool… started playing together in their teens… gained local prominence at the Cavern Club in town… blossomed to European fame at the Casbah Club in Hamburg… then exploded with international fame because of Ed Sullivan and their first American tour… you’ll hear it all as you walk through the museum and listen to about three dozen sections of its audio tour available in 12 languages and included with admission.

This tour guides you along replicas of “Penny Lane”, “Strawberry Fields”, “Eleanor Rigby” and her gravestone, a rebuilt Abbey Road Studios, and the now defunct Cavern Club where Brian Epstein discovered them, plus lyrics, all of their album covers, their original instruments and clothing, even Sgt. Pepper’s costumes and the nearly famous alternate cover, movie posters, and individual tributes to each of the band members and Mr. Epstein. 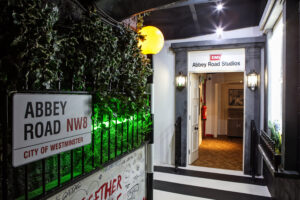 From the research I did prior to my visit to what I saw around town with various tours, The Beatles Story is a must see, immersive journey for any music lover. Please give yourself about 90 minutes to fully enjoy this museum, memorabilia, and gift shops.