By Gil on September 21, 2009 in Magazine Articles, Portfolio, Zeimer’s Zlog 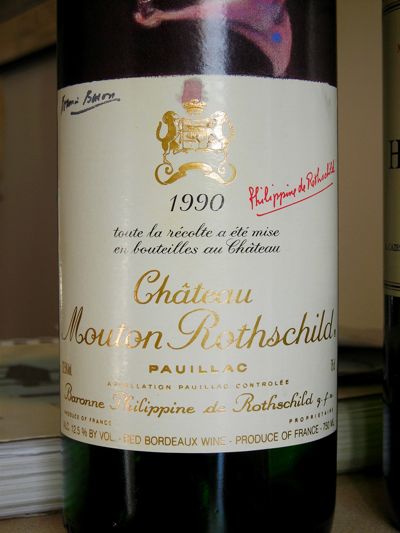 This article appeared in the September 2009 issue of Referral Success Magazine.

I don’t have an empty bottle of Chateau Mouton Rothschild Pauillac 1990 on my desk as I write this. But I am an expert in gauging the timeliness and quality of referrals that I both give and receive to my fellow BNI members.

For example, some referrals can be opened immediately and savored for the opportunity they present. Categorized by BNI as “5” or “Hot” referrals, these almost always become a project that leads to closed business.

In fact, I just got a Hot referral from the former graphic designer of my BNI chapter, who has moved back to the East Coast with her son to be closer to her family. She sent me an email 10 days ago with the subject line: “New Gig”. Today, I delivered the first draft of brochure copy for her technology client and have already received my retainer fee. So that was definitely a “5”,

Some referrals are “3” or what I call “Luke Warm”. They might become a project in a week or a month. I keep these referral slips on my desk and go through the stack every few days and update my notes on them.

But some referrals are “1” or “Tepid” and have to sit for a while in the dark in your cellar. Dormant, but not forgotten, you have to tend to them. You have to check in with the potential client periodically to ascertain their status. You have to constantly look at them in the light of day and see when they’re ready to yield their ripe fruit.

In other words . . . and again I swear I haven’t touched a drop of anything alcoholic while I’m writing this . . . some referrals are like a bottle of wine and have to be nurtured until they’re ready.

Case in point: I received a referral two years ago from the printer in my BNI Embarcadero chapter from one of his best clients. When I called her, she said she wasn’t ready to move forward yet with her project.

I checked back a month later. She still wasn’t ready.

A few months after that, she agreed to let me revise the content of her website. I referred the task of revising her layout to my BNI web designer and the client was very pleased with the new site, which I have updated for her since.

Four months later, the client handed me a huge editing and proofreading project. For that, I referred the client to the graphic designer of my BNI chapter who has worked with her for several years now.

So remember that all referrals aren’t ready for uncorking and savoring. Some have to sit on the shelf and mature.