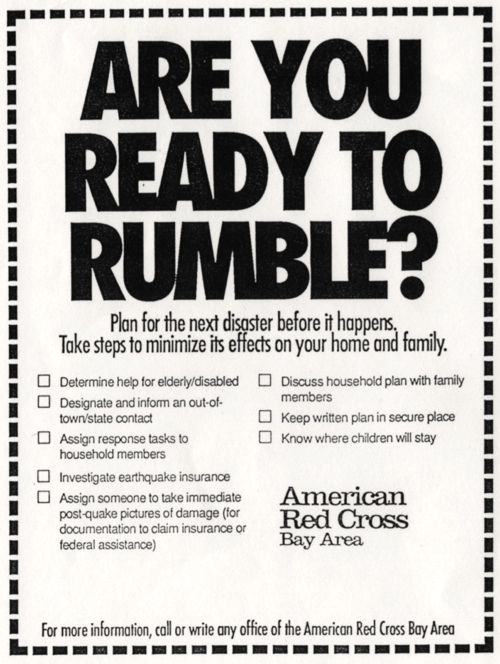 On October 17, 1989, I actually had two tickets for the World Series night game between the Giants and Athletics at Candlestick Park, but I gave them to a friend that day who had gotten me a lot of tickets during the year.

Instead, I was walking to my car in a parking lot near San Francisco Bay when the Loma Prieta Earthquake jolted the area with a 6.9 temblor.

The shock wave rolled through the parking lot, which was on landfill, causing car alarms in the parking lot to go off sequentially. By the time I got into my car, I heard that the World Series had been halted before it began, that a section of the Bay Bridge a few miles away had collapsed, and that there was an apartment fire in the Marina District. As I drove past that fire on my way to my condo in Sausalito — even four blocks away — I could feel the intense heat.

Though the Richter Scale ranked this earthquake as a 6.9, Hank Greenwald ad-libbed “But the East German judge gave it a 6.1.”

When I got home, I had minimal damage, but a neighbor had much more. Part of our condos were on landfill like the Marina District.

A few years later, I wrote this pro bono ad for the American Red Cross Bay Area. If you don’t yet have a family disaster plan for when the next big one hits, print this out and discuss it with your family.