These are some of my highest response projects for San Francisco direct response copywriting.

I’ve been fortunate to work with several divisions of Bank of America Retail Banking when it was headquartered in San Francisco. This :60 TV commercial was part of a campaign that was worth $6 million in supplemental billings for Grey SF:

The media buy for this print ad campaign for BofA’s first refinancing home loans was halted after two weeks instead of six. Why? Because the client’s phone bank couldn’t keep up with overwhelming demand.

One of my favorite mini-campaigns ever was for Bank of America’s “Fast” Priority Plus Home Loans. I’d seen a story about the world’s fastest talker in People Magazine and used her to demonstrate the speed at which you could get approved for a home loan –– 3 business days vs. several weeks. Hear the “Fast” Radio Spot. Download “Fast” Print Ad PDF. 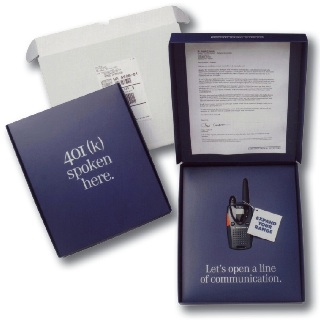 For Barclays Global Investors, I wrote this 3-D direct response project inviting prospects to schedule an appointment to get the matching half of a 2-way walkie talkie set. The letter and hardware were enclosed in a box delivered via 2-day priority mail to virtually ensure that it  as opened. The results? A 20% response rate and millions of new assets under management because of appointments that were made. Read more.

Trinity Reverse Mortgage was in need of a direct response campaign after a few failed small space ads. I helped create this series of three oversized postcards that broke the clutter of the #10 envelopes prospects received. Download them here. 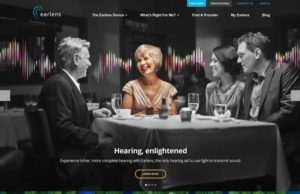 I edited portions of the Earlens website: “a contact lens for your ear” that uses light instead of sound to improve your hearing with an implanted device.

I wrote and produced this 30-second radio spot for Sonus Hearing Centers in the Pacific Northwest.

As a San Francisco direct response copywriter, I created this direct response letter package for Zounds Hearing Centers in Arizona with a combination of printed and handwritten fonts to highlight the letter offer.

And I wrote this blog about my own hearing loss.

Every patient and every client has a story to tell and I’s happy to help them share their stories.

A New York woman shares her heartbreaking story of trying to get pregnant:

Vein Centers for Excellence of Greenville: A Tour de France cyclist who had what he called “The World’s Ugliest Varicose Veins”:

Orthopedic Center of Illinois: A patient from Alaska tells his story about multiple surgeries

A few ads about varicose veins that didn’t have to be boring or clinical. 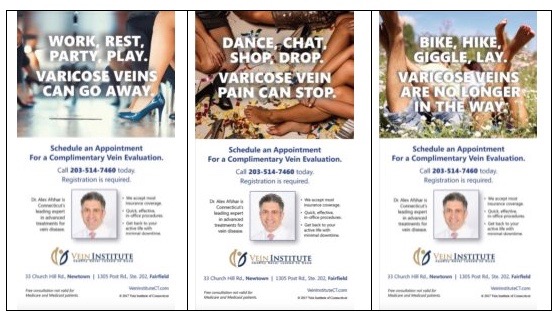 Packaged Goods
Lindsay Olives was a great client — a small California brand that stretched its budget by agreeing to outlandish radio commercials. Here are two of my favorites “Yoo-Hoo” and “Born Homely”.

Foremost Foods was a San Francisco dairy company. Look how I had some fun with cottage cheese:

This commercial for Holiday Indoor Fogger actually tripled its sales by educating potential buyers to “fog their whole house right”:

Safeway wanted shoppers to buy its own brand of film, which became a series of vignettes about capturing your “Treasures of a Lifetime”: