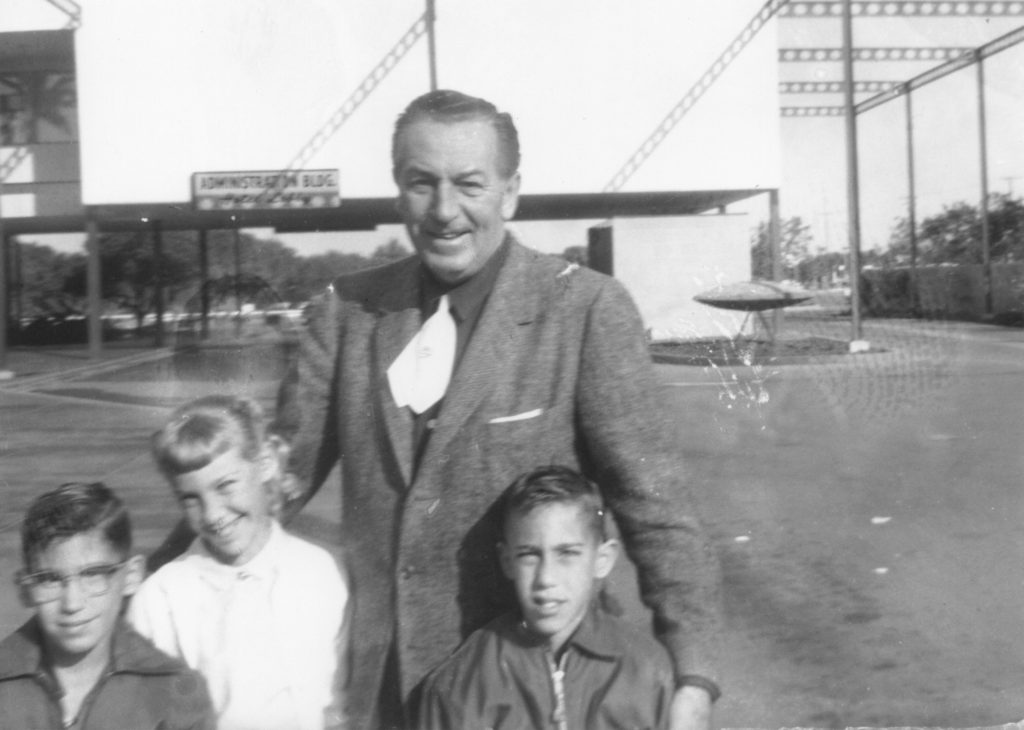 I met Walt Disney as a kid in Disneyland in March 1956. Here’s the proof — I’m on the right, my twin brother is on the left and our sister is in the middle.

Our father saw him about 20 yards away in front of the Disneyland Hotel, walked up to him and said, “Mr. D? Dan Zeimer. Would you mind taking a picture with my kids? We’re big fans.” Walt was very gracious and even signed an autograph. The photo and signature are framed and hanging on my office wall.

Now, I can’t say that the chance meeting in the late 50s made me become a writer decades later, but it did inspire my creativity. And about 10 years later, on another of my frequent visits to Disneyland, I bought a Mickey Mouse watch at Tinkerbell’s Toy Shop in the Fantasyland Castle. Since then, I’ve worn it virtually every day for over 40 years to remind me of Walt, the Disney magic, and the power of creative thinking.

PS: Remember in “Diner” when one of the guys gave his wife a Baltimore Colts trivia test and if she passed, he’d marry her? I did something similar by giving my wife a short Disney Trivia test. She was able to name all Seven Dwarfs from “Snow White” and I’m happy to report that we’ve been married now for 18 years! 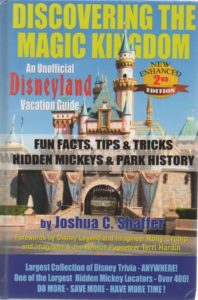 PPS: Flash forward to May 2017. I was donating blood and the nurse noticed that I wear a Mickey Mouse watch. She had one, too, and said, “I should introduce you to my ex-boyfriend, Joshua Shaffer. He writes a Disney Vacation Guide and the next version is coming out soon.”

So she hooked us up. By email, I sent him a link to this story and a high-res scan of the actual photo, now over 60 years old. Both are now in his new, enhanced second edition with an introductory paragraph that said, “I am going to just start this book off with an awesome story, and with a photo of the guy who created all of this, Walt Disney. I met Gil and he had an awesome story to tell about the time he met the legend. Jump back to 1956, just one year after Disneyland opened and put yourself near the Disneyland Hotel.” Buy the book here.